"Have Fun, Be Silly": My friend, K. Michael Crawford Part One 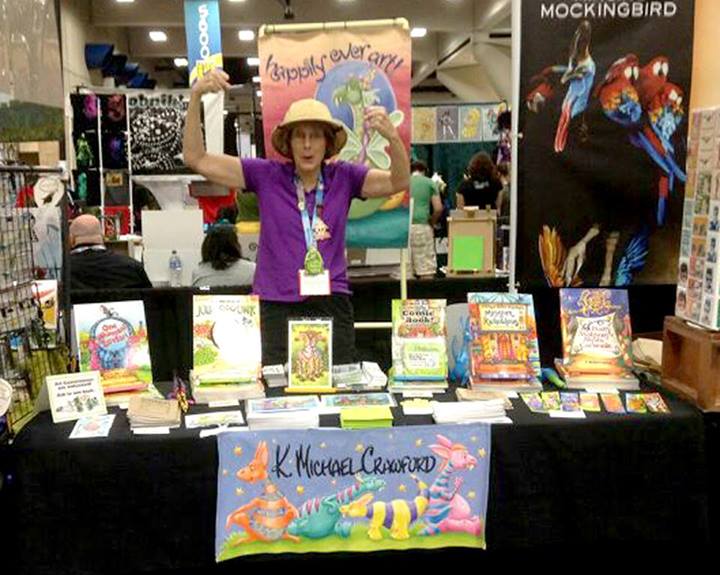 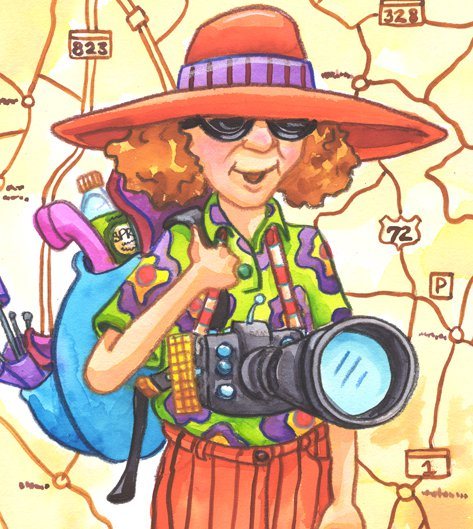 This is about my friend, K. Michael Crawford, who passed back in September from her 9 year fight with bone cancer. You wouldn't have known she had it, and she sure surprised us all when she finally let us know about it. I want to share how I met her, which, if I measured the movements of the Universe by my own lens, means it was a serendipitous occasion from which I had benefited greatly, and shall always.

2009: I was laid off from what I believe was my final animated feature film and as a mid-aged woman full of stories, was only just then getting used to the idea that I should write books or else nothing would get done. When I was an animation artist during the golden '90's I had also written and drawn indy comic books. I knew what it was like to have to sell them at shows, to be amongst other creators and to see firsthand who rose, who faded, what luck was, and how some maintained it.

I went to San Diego Comic-Con that year mostly to meet the editor I'd hired to work on my YA novel at the time (still in progress), and to replug myself into that energy again, of what it was to be an independent creator. No more papa studios to take care of me, is what I mean. While walking the huge dealers floor, I saw the woman you see pictured here, at her colourful, whimsical, children's themed table, in her safari hat, and ready to pass out bookmarks.

I veered and walked right up to her. And guess what I said, obnoxious person that I am?

"What is a person like yourself doing here?" I said with surprise and wonder.

And I'd asked such a blatant question because SDCC is a strangely aggressive place. It may not seem so to the average attendee herded down the aisles, but I've been behind the tables and booths plenty enough. Though SDCC is less and less a comics venue, action movies, horror, monsters, serial killers, aliens, strange pop culture cute things, Ironic Statements, etc (you get the idea), are part and parcel the identity of a media convention. It would never occur to me had I been a children's author/illustrator, to bring my whimsical, delightful, and magical works there.

But there K. was, and like a pro, she answered my question truthfully:

"Well, I'm different!" she said. "I'm like no one else here. And anyone who's looking for what I have, once they see me in my explorer's hat and look at my art, they are happy to buy my books."

I paraphrase, but that was the absolute gist of what K said, and right then, I had a revelation.

I bought one of her books, not only because I loved the innocence and joy that I could see in the work, but also to remind myself of the person I'd just met who'd just given me a nugget of Knowledge, a way to see the future that I, from the old studio system, needed to change myself in order to see. K. was self-published, and she was, like myself, a professional tired of having to work within systems. As a very successful children's illustrator, she decided to devote all her time instead to her own creations, and to get them out when she wanted and how quickly she wanted, so she could do great, big shows like SDCC. If I wanted to make selling books work, I had to think like people like K.

When I got home, I blogged about who I met at SDCC 2009 and promoted their works, and K. must have discovered the link back (or had a Google Alert on her name). She wrote me via my website, thanking me for the mention. I then took that opportunity to let her know how much meeting her inspired me. Note, I'd been published; I'd had my bit of acclaim (or 15 minutes of fame), for Charm School. I'd worked on 13 feature animated films. I'd become cynical. I was still a corporate baby. To cast off the 'old me' and see myself as an indy *author* standing 100% (and all by myself) behind my books, I needed to practice resurrection. Whether K. knew it or not, she was my guide as I made all the moves and mistakes to do that.

More later. It seems that to remember K. is to remember mostly what I was doing whilst I had the symbol of her achievement as a self-published creator orbiting my restructuring. But that was the nature of our relationship. We were (and I still am), first, committed to our work, and for each of us, we felt a clock ticking. I just didn't know at the time that hers was a very real clock that finally chimed: time's up.